AWG is pleased to announce that it will provide the public with no-cost open access to the Cape Town Convention Compliance Index, including country-specific scorecards and detailed annotations

AWG releases statement on the obligations of contracting States under the Cape Town Convention to apply the terms of agreements, recognizing defaults as defined by the parties

AWG  releases statement on the Obligations of Contracting States Under the Cape Town Convention to apply the terms of agreements, recognizing defaults as defined by the parties

The Aviation Working Group is reviewing and assessing the potential impact on aircraft financing and leasing of rapidly developing ESG-related regulations, disclosure requirements, and government policies. That work, building on AWG’s prior ESG activities (AWG carbon calculator and submissions on principles relating to green financing), includes consideration of potential industry practices in light of, and seeking consistency relating to, such regulations, requirements, and policies.

AWG has retained Watson Farley & Williams and Clifford Chance to provide support for this work.

In light of and response to recent events, AWG issued guidelines which it recommends in order to provide greater predictability for financiers and investors in situations where multiple classes of debt share in a single security interest over aircraft equipment and related collateral and remedies are being exercised. This statement of guidelines has been prepared by AWG as an elective guidance tool.

AWG retained Clifford Chance to provide support for work on this statement.

On 11 May 2021, the Cape Town Convention Academic Project published an exchange of letters with Sir Roy Goode on the cross border application of Article XI of the Aircraft Protocol where the airline’s centre of main interest is in a Member State of the European Union

An expert opinion has been obtained concluding that schemes of arrangement proceedings in the insolvency context are 'insolvency proceedings' for purposes of the Cape Town Convention. Thus, modification of a CTC creditor's rights without its consent is not permitted in such proceedings - where the debtor's main place of business is in a CTC state which declared or incorporated Alternative A (remedies on insolvency). The foregoing is without prejudice to actions taken in connection with a CTC compliant scheme, which includes providing each CTC creditor with a termination option. The expert opinion may only be used in full, as it must be read as a whole.

AWG announces the launch of the AWG Carbon Calculator

AWG has submitted a letter to the EU Commission on principles for the EU taxonomy on green financing applicable to aviation financing and leasing.

As all MAB scheme creditors agreed to it, the High Court of Justice for England and Wales decision of 23 February 2021 did not address the issue of whether a part 26 scheme in the insolvency context is a Cape Town Convention ‘insolvency proceeding’ (thus preventing cram-down). The court action is consistent with the request made in AWG's letter to the court dated 21 February 2021.

The judge noted, at para 49, that he is ‘content to leave resolution of the issue of whether a scheme under Part 26 A 2006 falls within the definition of an ‘insolvency-related even’ under the Aircraft Protocol or the 2015 Regulations to a case in which it matters.’ And that, at para 48, stated that: ‘… the Scheme purported to bind the non-assenting creditor, and I believe that the court should be concerned whether it was right to give its sanction to a scheme which might be thought to breach an international convention to which the UK is a party.’

The item may be addressed in a future case, and, for use in such case, AWG is securing a powerful opinion to the effect that such Part 26 schemes are in fact Cape Town Convention insolvency proceedings.

Court rulings on schemes of arrangement as ‘insolvency proceedings’

Two important court judgements have endorsed the concept that a scheme of arrangements in the insolvency context is an ‘insolvency proceeding’. This aligns with AWG’s long-standing interpretation.

The High Court of Malaysia stated that a proposed scheme of arrangement by Air Asia X Berhad is an ‘insolvency proceeding’ for purposes of the Cape Town Convention.

The High Court of England and Wales has characterized the Part 26A restructuring plan involving Gategroup Guarantee Limited as an ‘insolvency proceeding’ for purposes of the Lugano Convention. While this was not a Cape Town Conventiuon case, its reasoning should be highly persuasive in the CTC context.

These rulings support the approach set out in Annotation 1 of the Cape Town Convention Academic Project on restructuring arrangements.

Building on 10 years of work with the industry, regulators, and international organizations, AWG will commence work (feasibility and content) on a practitioners’ guide on the cross-border transferability of aircraft (guide).  The guide would bring together, develop, advance, and seek to secure recognition of, best practices when changing aircraft nationality (XBT), including in fleet changes in the context of C-19 return to service. It would also address calendar age-based restrictions relating to changes of nationality. The reference standard for such best practices would be rules and guidance issued or given by ICAO, FAA, and EASA. The guide would refer to such standards and rules and differences between them. It would also, over time, add country-specific annotations to its transfer document checklist for many other aviation countries around the world and would summarize requirements, interpretations, and lessons learned in such countries.

The guide would be designed for use by industry in XBT activities, especially day-to-day transfers and regulatory interfaces.

AWG has retained Blake, Cassels & Graydon to provide support over the next year for its work on the guide.

In response to the disruption to air transport caused by COVID 19, AWG issues a statement on guiding principles which it recommends to materially enhance the prospects for a successful airline restructuring. That statement has been prepared by AWG as an elective guidance tool.

AWG is pleased to announce the accelerated development of the trusted communication facility (TCF). Attached is the joint statement on TCF released by AWG and Aviareto.

The TCF will be an online platform to support the aviation industry as it recovers from the COVID-19 pandemic. In particular, the TCF system will enable faster, more efficient and cheaper return to service for aircraft while maintaining highest levels of safety. It will be centred on documentation relating to airworthiness requirements.

The TCF will permit regulators and industry participants to exchange, digitally sign and execute electronic documents to facilitate the return to service of aircraft.

On 12 October 2020, the legal advisory panel of AWG released the 2020 new edition of the practitioner’s guide to the Cape Town Convention and Aircraft Protocol 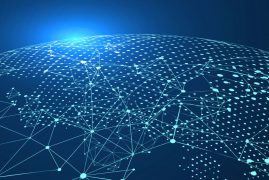 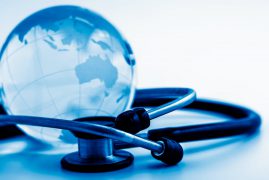 The spread of the COVID 19 virus (c-19), and the resulting regulatory and health-based restrictions on passenger air transport, have placed unprecedented stress on aviation requiring immediate governmental support and relief. AWG, in consultation with other affected parties, is assessing a range of actions to assist the air transport sector in addressing the economic impacts of the spread of c-19. 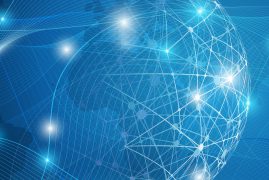 The overriding objective of AWG work on XBT is to seek alignment of international regulation, national law, and best practices with the realities of cross-border transfers while at all times maintaining or improving the highest standards of safety through processes that reduce regulatory overlap and duplication and promote consistency, accuracy and simplicity. 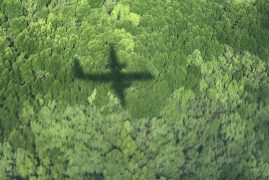 AWG is comprised of leading aviation manufacturers, financiers, and lessors. Uniquely, it brings these three perspectives to bear in addressing aviation financing and leasing topics.

AWG is convening a first and foundational full meeting of the Latin America regional committee (L-Committee) on 6 and 7 September 2022.

Hosted by the Airline Economics Conference in Singapore (9 November 2022), AWG will brief the industry on the application of Cape Town Convention in the insolvency and restructuring contexts, activities in cross-border transferability, and developments on the framework of ESG.

AWG will participate in the 11th CTC Academic Project Conference held at Cambridge on 13-14 of September 2022, undertaken by UNIDROIT and the University of Cambridge.

AWG panel on ESG and aviation financing/leasing: AWG work for the sector

AWG will give a presentation on ESG and aviation financing/leasing: AWG work on the sector at the Airline Economics Dublin 2022 conference. More details fo the event can be found here.

On 16 November 2021, AWG gave a presentation on AWG’s global update during c-19 From preserving creditor rights to foundational work on ESG. The presentation can be found here.

AWG gave a presentation on AWG’s global update at Airline Economics NY. A video of the event can be found here.

AWG will give a presentation on its industry-wide work on Environmental, Social and Governance in aircraft financing and leasing.

AWG panel on Aircraft finance and Covid-19, an update on AWG activities

AWG gave a presentation on Aircraft finance and c-19, an update on AWG activities. The presentation was given on 3 August at the Airfinance North America event in Miami. More details fo the event can be found here.

The conference, which is widely seen as the premier CTC-related event will take place in the University of Cambridge University, United Kingdom on 29 and 30 September 2021. The program can be found here.

AWG panel on ESG: release and use of the AWG Carbon Calculator– AE Tokyo

AWG gave a presentation on ESG: release and use of the AWG Carbon Calculator. The presentation was given on 15 April at the Airline Economics virtual Tokyo event. A video of the presentation can be found here.

International insolvency: application of the Cape Town Convention to schemes of arrangement

AWG gave a presentation on International insolvency: application of the Cape Town Convention to schemes of arrangement. The presentation was given at the Airline Economics virtual Korea and Japan conferences on 14 April 2021. A video of the presentation is available here.

AWG gave a panel presentation on the GATS benefits to secured lenders on 19 January 2021 at the Virtual AE Growth Frontiers Dublin 2021.

The conference, which is widely seen as the premier CTC-related event,  addressed, among other things, CTC compliance including in light of c-19 developments, assessment of CTC and schemes of arrangement, judicial breach of CTC, and European insolvency law and CTC.  The final program is attached.

More information on the event here

A presentation on establishing a TCF – c-19 recovery (Aircraft Return to Service) was made during ICAO’s c-19 webinar series on 17 June 2020. The presentation and webinar recording can be found here.

The avation finance – regulatory evolution panel addressed the main AWG projects. Information about the event can be found here.

AWG held an informative session on GATS for the business aircraft community in Oklahoma City (8 January 2020)
Pictures of the event can be found here.

AWG held an informative session on GATS in Hong Kong (5 November 2019). Pictures of the event can be found here.

AWG held an informative session on GATS in New York (17 October 2019). Pictures of the event can be found here.

AWG held a GATS informative session in Dublin on 17 September. Pictures of the event can be found here.

AWG, in association with the Brazilian National Civil Aviation Agency (ANAC) and supported by ICAO and UNIDROIT, held a major Latin American Regional Event on the Cape Town Convention and its Aircraft Protocol and cross-border transferability of aircraft (XBT) on 25 & 26 June 2019 in Brasilia, Brazil. A press release is attached. Please find additional information on, and images from, the event on the ANAC website.

AWG, in association with the South African Civil Aviation Authority (SACAA) and supported by ICAO and UNIDROIT, held an African Regional Event on the Cape Town Convention and its Aircraft Protocol and cross-border transferability of aircraft (XBT) on 19 & 20 June 2018 in Cape Town, South Africa. Event materials, and the press release by SACAA relating to it, can be found here.